To celebrate St Patrick’s day with green candy this year, add the amazing Jelly beans to your candies selection. Also, It is full of flavors that your tastebuds will enjoy. Click here to get L’ORENTA’s Jelly Beans. You will enjoy the full flavor that comes with each bite.

Saint Patrick’s day is held in honor of the first patron saint of Ireland, Saint Patrick. Saint Patrick was born during the 4th century in Roman Britain. At the young age of six, he was kidnapped and brought as a slave to Ireland. After his escape, he came back to convert the people of Ireland to Christianity in 432 CE. He was able to establish numerous churches, monasteries, and schools. He died on March 17th, 461. The first Saint Patrick’s feast day took place on March 17th, 1631. However, The Irish began the celebration around the 10th century.

Today, Saint Patrick’s day is one of the most widely known 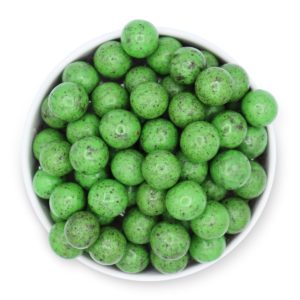 holidays all over the world. Many countries including Brazil, Canada, the United Kingdom, Australia, the United States, New Zealand, and Argentina, particularly the Irish diaspora, celebrate this remarkable holiday. Enjoy the Mint Cookie Malted Balls candy in this year’s celebration. This candy also has coatings of mint chocolate and dark chocolate. This fantastic combination makes it addictive. Click here to get L’ORENTA’s Mint Cookie Malted Balls.

What Do People Celebrate On Saint Patrick’s Day?

Saint Patrick’s day celebrates the life of Saint Patrick and the beginning of Christianity in Ireland. The celebration usually includes festivals, Irish traditional musicals, public parades, shamrocks, and green attires. People also go to ceremonial gatherings like dances, banquets, etc. A notable part of Saint Patrick’s day is the parade. Although it didn’t start in Ireland until the 20th century, Irish in North America have been doing the parade since the 18th century. The people who participate in the parade include charitable groups, the military, youth organizations, fire brigades, cultural groups, etc.

Christians also go to church services. Also, they can eat what 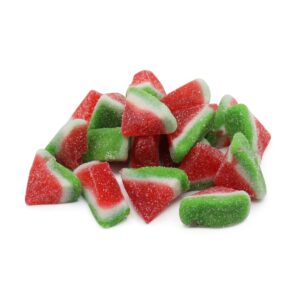 they like and consume alcohol on this day. This is because Lent’s restrictions are not active. One new and fantastic candy to try out this coming Saint Patrick’s day is the Watermelon Slices. It has a watermelon look and taste. A single bite will make you fall in love with this candy. Click here to get L’ORENTA’s Watermelon Slices.

Why Do People Wear Green On Saint Patrick’s Day?

Green attires are part of the signature of the Saint Patrick’s day celebration. It’s not like that from the beginning when the celebration started. Many people believe that the Irish people only wear green attires to become invisible to leprechauns. Leprechauns are ancient fairy creatures who pinch whoever they can see.

However, there is more to this tradition than protection against 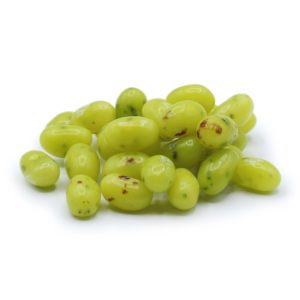 the pressing fingers of leprechauns. It goes back to the rebellion of the Irish soldiers against Britain in 1798. During this war, the Irish soldiers wore green to fight British soldiers in their signature red. Before 1798, the color people generally wore on Saint Patrick’s day was blue. The Irish soldiers chanted “The wearing of the green” song in 1798. The song made the Irish choose green as the color of shamrocks. The shamrocks are Ireland’s centerpiece color.

Since then, people wear green attires on Saint Patrick’s day. They also do this to express their solidarity with the Irish soldiers. Another green you can add to the coming Saint Patrick’s day is the watermelon-flavored jelly bean candy. Also, one bite of this fantastic and tasty candy will leave your palates wanting more. Click here to get L’ORENTA’s Watermelon flavored jelly beans.

Saint Patrick’s day is a day to spend with friends, families, and loved ones. You should celebrate the day with merrymaking, good food, etc. One of the best ways to do that is to celebrate St Patrick’s day with green candy. The Gummi green frog candy by Vidal is an excellent addition to your candies selection. This soft and chewy candy is also a burst of special flavors that you will enjoy. Click here to get this fantastic candy and make your holiday a memorable one.