Today we will talk about the story of one of the most appreciated nut of America. But before exploring the current pistachio Empire, let’s get back to its Middle East origins. 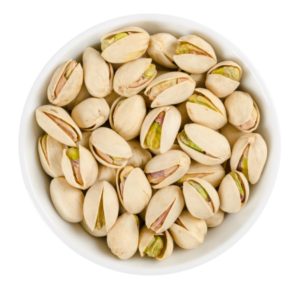 and wealth. According to the legend, pistachios were highly prized by the Queen of Sheba, who demanded the entire production of her lands for herself and her court. But with the conquests of Alexander the Great, the nut reached Greece. Later on, it is during the reign of the Roman emperor Tiberius, pistachios were introduced in Spain and Italy.

The pistachio growing area expanded with the development of the islamic religions and the resulting Arab expansion. During the time of the Crusades, trade with the Middle East widespread. Pistachios were transported afterwards from this region to the North of Europe by the Italian maritime trade routes.

Although it was used in a variety of ways very early in Italian cuisine, it was first used north of the Alps as an addition in cakes. It was only after the Second World War that the image of the pistachio gradually changed. From an expensive reserved sweet ingredient it became a popular snack.

During the 1880s, imported pistachios were highly valued in the United States, especially by immigrants from the Middle East. Pistachios have also been popularized more widely through vending machines set up in underground train stations, bars, restaurants, and other crowded places. Fun fact here: “A dozen for a nickel” became a familiar slogan.

In the US, the ideal region to grow them has been determined to be California’s Central Valley because the soil is dry, the climate warm and the winters moderately cold. In 1929, it’s the American botanist William Whitehouse who traveled to Persia that collected pistachios and brought a year later 10 kilos of individually selected ones.

After several years of experimentation, the concept of the American pistachio industry became to grow quickly. The production in California spread faster in the 1960s and later on in Arizona and New Mexico.

The history of the American pistachio industry is one of the most incredible success of the country. From the first commercial harvest in 1976 amounting to 680 tons to the record of 2007 with more than 188,241 tons, the successes have been linked.

Today, the states of California, Arizona and New Nexico account 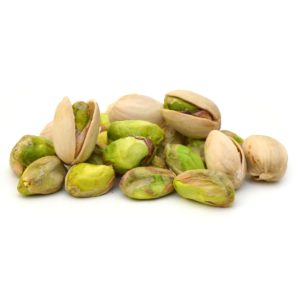 for 100% of the commercial pistachio production in the United States. California produces 98.5% of the total with over 100,000 hectares planted in 22 counties. There are 850 growers in the United States and the annual “farm value” of pistachios represents more than $1.16 billion for the Californian economy and more than $15 million for the states of Arizona, New York and New Mexico.

Do you know what are the pistachios kernels? The kernel is the complete pistachio nut which takes out of pistachio shell.

They can be sprinkled over lettuce or arugula salads. They can also mixed in purée with oil and herbs to make a creamy salad dressing. Ground pistachios are a very popular base for sauces and dips, like pistachio-yogurt sauce.

Do not worry, the pistachio shell itself is not poisonous, but it’s very important for the harvested fruit to be hulled and dried within a 24 hour period. They go from the trees to the storage facility within a day to avoid contaminants.

As many nuts, pistachios are healthy snacks because they offer many benefits to our body:

You can enjoy pistachios on a regular basis as a snack but celebrate fully on February 26th in the US for the National Day of Pistachio !

But have you ever tried our whole roasted pistachios? The roasting makes them even crunchier! You can grab a handful to snack or to cook! Add them to a salad, baking a pizza or bread. They do great with dessert such as baklava cake, ice cream or a chocolate mousse.

To keep the pistachios’s taste and texture, place them in a sealed container, in a cool dry place away from exposure to sunlight.